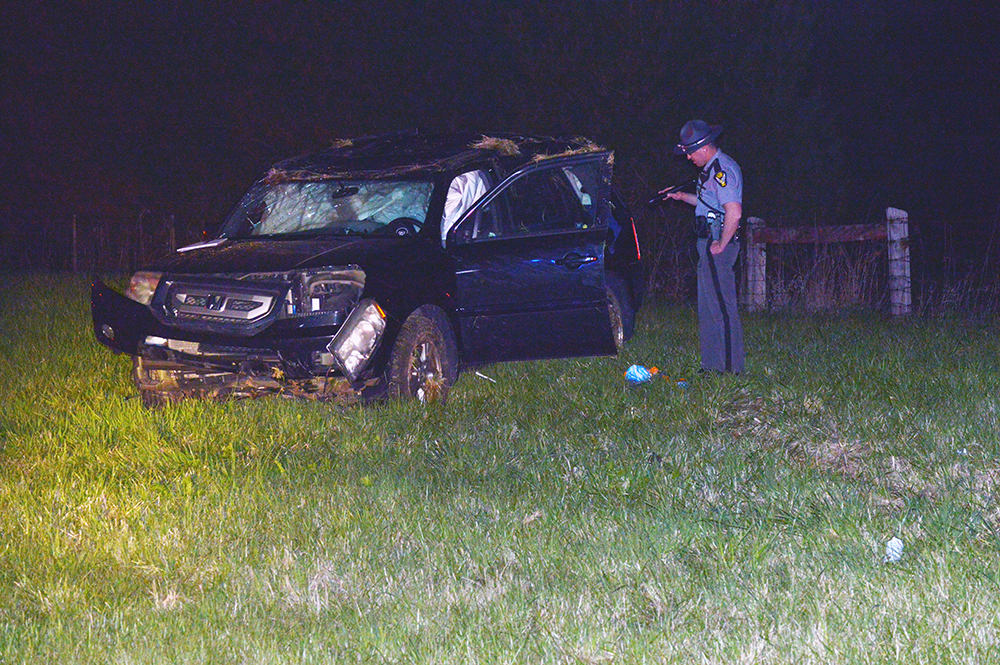 Two people were injured in a crash on I-70 near the Dayton Rd. overpass around 9:00 Saturday evening.

Details are sketchy, but early reports indicate that a second vehicle may have cut off the victims. They went off the right side of the road and their vehicle rolled over.

Scanner traffic indicated another vehicle traveling in excess of 100 MPH that left the scene.  A witness was reportedly trying to follow the suspect vehicle, but lost it. The suspect vehicle may have exited at I-675.

The two occupants were transported by Mad River Medics to SOIN  Medical Center for non-life-threatening injuries.

The incident is under investigation by the Springfield Post of the Ohio State Patrol.