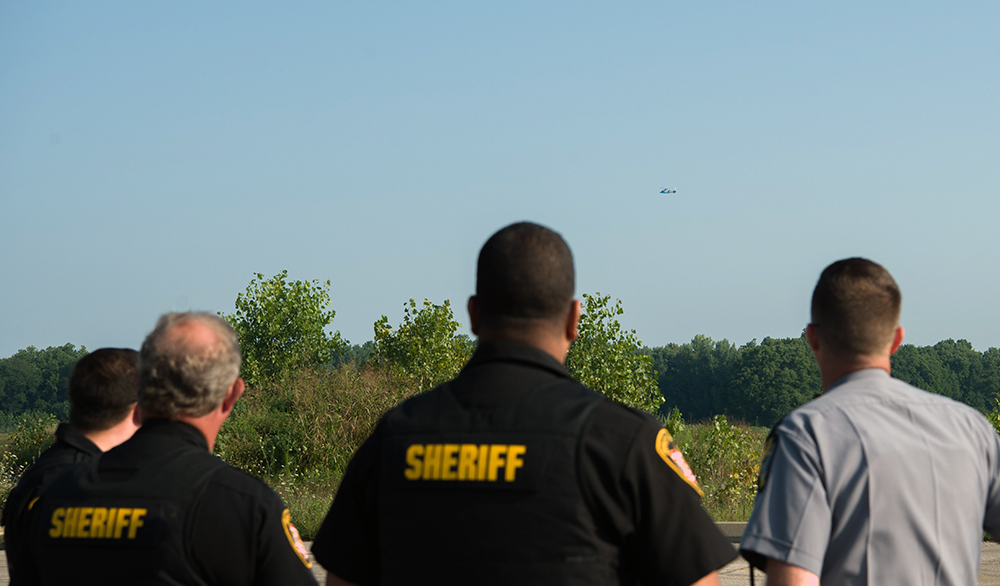 At approximately 8:30 on Saturday morning, Mad River Township Fire Department was dispatched to the area of I-675 and I-70 for a reported small plane crash. They soon called Bethel Township for mutual aid.

A motorist on I-70 reported a low flying plane over Restoration Park Church headed south, and then it reportedly crashed in a field south of I-70.

Rescue crews were unable to locate the airplane.

Crews were then called from WPAFB, Fairborn and Vandalia, along with Clark County deputies, Greene County deputies and Ohio State Patrol, to assist with the search.

They were still unable to locate an airplane.

Finally, they called for Care Flight to search from the air.

Care Flight reported finding what they considered “debris” in a heavily-wooded 600-acre area. King deployed gators from Vandalia, WPAFB and Bethel Township to search the wooded area, but what Care Flight thought was debris was actually old cars, a kayak and other similar items.

King said that airports at WPAFB, New Carlisle and Greene County were contacted, but no one had filed a flight plan over the area.

He said that anyone who might witness an airplane going down should not hesitate calling 911. “This was an excellent opportunity for multiple agencies to work together,” said King. “That says something great about the Miami Valley that we can all work together.”